Sea Skimming? The Forgotten Tactic of Giant B-52 Bombers 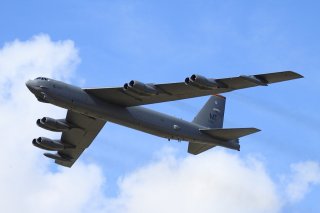 Key Point: The brass want the long-range bombers to help deter Chinese aggression in the Pacific and, in the highly unlikely event of major war, send Beijing’s hundreds of warships to the ocean bottom.