The Secret Way to Win a War Against Russia and China 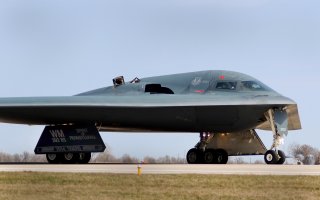 Here's What You Need to Know: An ability to discern, find, identify and analyze crucial, time-sensitive combat variables from otherwise overwhelming pools of information can be the margin of difference in warfare.

Modern militaries have a problem.

The longest-range, most precise and effective weapons in the world, fired from new generations of advanced platforms, may still fall short when it comes to destroying enemy air defenses. But what about sensors, computing and networks to ensure victory? After all, a weapon or attack platform may be of marginal use if it is not able to locate crucial time-sensitive emerging targets across vast areas of territory.

While considered crucial in every war theater, the ability to strike in real-time from afar is of particular relevance in the Pacific, an area where operations are described as needing to confront the “tyranny of distance.” This predicament was taken up by Air Force Pacific Commander General Kenneth Wilsbach at the 2021 Air Force Association Symposium, who explained that the Pacific extended as much as 100 million square miles. He said the Pacific spans from “the West Coast of the U.S. to the Indian Ocean all the way to the Arctic. There are not many airfields and there is a lot of open water.”

Alongside technical specifics regarding weapons and sensors, the need to find enemy air defenses is nothing short of critical. These concerns have inspired the Pentagon’s Joint All Domain Command and Control (JADC2) effort and the Air Force’s Advanced Battle Management System (ABMS) program. These platforms, such as a B-2 and F-35, would not only be able to leverage new technology to find and attack enemy air defenses themselves, but also share targeting and surveillance data in real time amid combat. This forms the basis for JADC2, as it represents an inspired endeavor to form a “mesh” of nodes creating a “kill web” across vast distances between attack aircraft, drones, surface ships and even ground-based weapons and radar systems.

“JADC2 is an operational construct to present multiple dilemmas to our adversaries at a pace and volume such that they cannot win,” he said.

The Air Force ABMS, its contribution to JADC2, has been conducting what it calls “on-ramps,” essential demonstrations, assessments and war preparation exercises intended to refine the kind of networking capability needed for new generations of warfare.

“There is an upcoming ABMS demo in Alaska where we will bring disparate networks together with a common operating picture. What if you don’t have internet or cell coverage? That is where these systems come together. There is no cell coverage in the middle of the ocean, so you have to establish your own network,” Wilsbach said.

As part of this rationale, Wilsbach explained the importance of having multiple nodes across a network to ensure continued functionality in the event that one note or connectivity point in the network is destroyed.

“You have to have more than one node, so it is self healing. That way you don’t have to spend a lot of time manually changing what node you are on. I want to have one device that is talking through all of the network so it can operate when one node of the network gets challenged,” Wilsbach said.

Building in this kind of redundancy is essential to the emerging concept of JADC2, because if one sensor is disabled or rendered ineffective by enemy jamming or incoming fire, real-time information can still be transmitted to other nodes, sensors and “shooters” in position to respond. Interestingly, all of this can be massively expedited by artificial intelligence and advanced computing for the purpose of data organization, analysis and transmission. Advanced algorithms can gather massive volumes of incoming sensor data, bounce it off a seemingly limitless database and make instant determinations to identify threats and moments of relevance for human decision makers. An ability to discern, find, identify and analyze crucial, time-sensitive combat variables from otherwise overwhelming pools of information can be the margin of difference in warfare. Air Force leaders refer to this as “information at the speed of relevance,” a thought which could be considered as somewhat defining to the rationale and implementation of JADC2.