See Ya, Steve King: Recent Primaries Have Been a Massacre For Incumbents 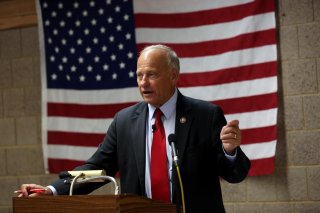 This week, Iowa Republican representative Steve King became the second incumbent this cycle to lose his congressional seat in a primary. State Sen. Randy Feenstra defeated the nine-term incumbent, and the seat is expected to stay in Republican hands. Many Republicans, including Senate Majority Leader Mitch McConnell and House Republican Conference Chair Liz Cheney, had called for the controversial King’s resignation after a cascade of inflammatory comments on race and immigration.

The other incumbent to lose his perch this cycle was Illinois Democrat Dan Lipinski, who had served in Congress for eight terms. The March primary, which pitted conservative Lipinski against progressive Marie Newman, was a rematch of their 2018 race. In 2018, according to Ballotpedia, five incumbents lost their seats in primaries, as did five in 2016 and four in 2014. In 2012, 13 incumbents did. This larger-than-usual number came about in 2012 because of redistricting after the 2010 Census. When new maps are drawn after each Census, incumbents occasionally face each other. That is what happened in eight of the 2012 contests.

Although King and Lipinski were fixtures in Washington given their long service, the highest profile incumbent to lose a primary in recent memory was Eric Cantor, who in 2014 became the first-ever sitting House Majority Leader to lose a primary bid. In 2013, Cantor called the now-defeated King’s comments about immigrants and drug trafficking “inexcusable.”

This article by Karlyn Bowman first appeared in AEIdeas on June 5, 2020.