Should America Boycott the 2022 Beijing Olympics? 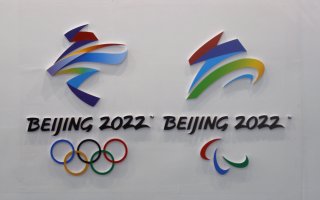 Here's What You Need to Know: There is no rush to a transatlantic consensus on the Olympics. That could soon change.

The 2022 Winter Olympics in Beijing continue to spark controversy. Although the International Olympic Committee is trying to stay away from political dynamics, the controversial behavior of the Chinese Communist Party represents an unavoidable issue.  The gross violation of the human rights of Uyghurs and other religious and ethnic minorities is just too great.

Another big event is slated for China in 2022. The Chinese Communist Party will hold its 20th National Party Congress. The party would like nothing more than for the world to be silent in the face of its atrocities.

Failure to challenge China on the Uyghur genocide would give Beijing an enormous soft power victory.  Allowing China to host the world’s leading sports event despite its outrageous behavior would only embolden the regime.

Momentum for ​​boycotting the games or changing their host city is gaining ground in the United States.  The Biden administration, however, appears internally divided on the issue. Europeans also seem indifferent or split on the issue.

In early April, U.S. State Department spokesman Ned Price said the boycott was “something that we certainly wish to discuss” with allies. However, just a few hours later, White House spokesperson Jen Psaki took a step back, stating: “We have not discussed, and are not discussing any joint boycott with allies and partners.” More recently, U.S. Secretary of State Antony Blinken said it was “premature” to talk about a boycott of the Olympics.

Still, the Biden administration is under some pressure to do something. Former United States Ambassador to the United Nations Nikki Haley and former Secretary of State Mike Pompeo have called for a boycott of the Beijing Olympics. And Republican Senators Marco Rubio, Tom Cotton, and Rick Scott recently signed a resolution “to move the 2022 Winter Olympics out of Communist China and rebid it to another country.”

Meanwhile, across the Atlantic, the European Union seems determined to steer clear of the whole debate. A few politicians have spoken out, though.

In the Netherlands, Sjoerd Sjoerdsma, a progressive member of the Dutch House of Representatives, urged the International Olympic Committee to assign the 2022 Winter Olympics to another country Sjoerdsma was also the main supporter of a motion, passed by the Dutch parliament last February, to condemn the Uighur genocide in the Xinjiang region.

The issue has started to percolate in Italy, too. In March, the right-wing party The League introduced a resolution, mainly supported by lawmaker Paolo Formentini, in the Chamber of Deputies, to condemn the genocide of the Uyghurs and to consider the possibility of moving the 2022 Olympics to another country. Similarly, Fianna Fáil Senator Malcolm Byrne in Ireland urged moving the games to another country in April.

Other European voices are calling for a boycott. In the European Parliament, ECR Party Secretary General Anna Fotyga, said: “We must boycott these games and send a clear message to the PRC that their oppressive policies will not go unanswered and are in striking contrast to the Olympic spirit and values.”  Another staunch supporter of a boycott is Finnish Green MEP Alviina Alametsa.

In Germany, the Greens’ spokeswoman for human rights Margarete Bause, a harsh critic of the Chinese government, also called for a boycott, saying: “It was naive, even irresponsible, to rely on bland announcements from Chinese landlords about an improvement in the human rights situation”. “The games,” she added, “must be politically ostracized”.

Still, German chancellor Angela Merkel has always been soft on Beijing. Merkel, for example, is the motivating force behind the EU-China investment the Comprehensive Agreement on Investment (CAI) currently making its way through EU processes.

But Merkel will soon no longer be chancellor. According to forecasts, the Greens are set to do very well in the upcoming September elections. If that is the case, it might well lead Berlin to take a tougher line toward Beijing—a line that could extend to the Olympics. And even within Merkel’s own party, there are voices in favor of a more skeptical future posture toward China.

France is in much the same boat. Macron is reluctant to follow the hard line of the United States toward China, on the basis of his concept of European “autonomy.” He has no interest in a boycott. There are, however, presidential elections in France next year, and in recent months the French president has come under attack for his too-soft approach towards Beijing.

In Italy the situation is unclear. Prime minister Mario Draghi has aligned himself with Washington on significant international issues—especially in regard to Rome's relationship with Beijing and Moscow. However, he is leading a grand coalition government, supported by heterogeneous parties, that hold divergent positions towards Beijing.

In short, right now there is no rush to a transatlantic consensus on the Olympics. That could change.  According to Statista, Norway, Germany, Austria, the Netherlands, and the United States rank high among the countries with the most Winter Olympics medals. If they could band together to call for moving the Olympics to another venue, they would have tremendous bargaining power.

An athlete boycott a la 1980 would serve little purpose and affect the athletes far more than anything else. But making noise about a boycott—on both sides of the Atlantic—combined with a concerted effort to move the Olympics would seriously unsettle Beijing, even if the effort failed. Further, it would establish the precedent for a broad diplomatic boycott (where public officials refused to attend) and commercial sponsorship boycott of the Olympics… and that would really send an important message to Beijing and the world.

Stefano Graziosi is an essayist and a political analyst who writes for the Italian newspaper La Verità and the weekly magazine Panorama. James Jay Carafano is a Heritage Foundation vice president, in charge of the think tank’s research program on matters of national security and foreign relations.