Should China Bring Back the Battleship? 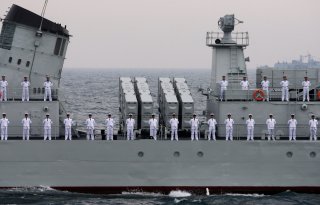 Here's What You Need to Remember: No, the People’s Liberation Army (PLA) is not about to embrace a retrograde approach to fleet design, sinking finite resources into majestic but obsolescent ship types. But it may refresh antiquarian ideas for modern times—as military folk have done throughout history. Martial concepts of old often find new life as technology advances and the strategic environment changes.