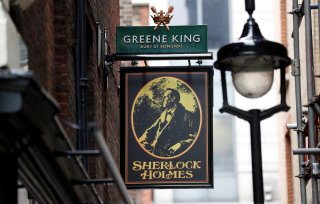 Two major British businesses have said they will make undisclosed payments to black and minority ethnic groups to atone for their past owners’ involvement in the transatlantic slave trade. Pub group Greene King and insurance broker Lloyd’s of London have both apologised for what they respectively call “inexcusable” actions and “indefensible wrongdoing”.

This comes as UN High Commissioner for Human Rights Michelle Bachelet has called on countries to confront their past involvement in colonialism and slavery to make reparations for those still affected. It also follows the University of Glasgow’s announcement last year of a £20 million fund to make amends for benefiting from the transatlantic slave trade.

So what is the legal position when it comes to slavery reparations and where is corporate liability likely to go from here?

Reparations for slavery have been demanded for centuries for African American, British Caribbean and Caribbean peoples. In 2001, the UN Durban World Conference against Racism recommended reparations for racism, but the momentum was lost as these debates were quickly overtaken by 9/11 and the war on terror.

Since then, research has uncovered numerous individuals and companies that have benefited from slavery in the past. Besides Greene King and Lloyd’s of London, the UK banks HSBC, Barclays and Royal Bank of Scotland are all known to have had similar links. In the US the list has included JP Morgan, Bank of America and the clothing retailer Brooks Brothers.

None have paid reparations, although, for example, JP Morgan set up a scholarship fund and apologised for the involvement of its predecessor companies in slavery in 2005. A legal case seeking reparations from the bank and other insurance companies then collapsed in 2006. The payments by Greene King and Lloyd’s of London are not reparations in the legal sense either.

In the past few decades, reparations have become a key part of international law in ensuring an effective remedy for those who suffer violations. Reparations are intended to vindicate victims’ rights, to reaffirm their dignity as human beings, and to reproach those responsible for their wrongdoing.

Reparations are not so much about money – though money can certainly give victims new opportunities – as confronting those responsible with their wrongdoing and getting them to recognise the value of their victims as human beings.

In the past two decades, there have been increasing reparations paid by corporations for their involvement in historic violations. These have mainly concerned the Holocaust, such as the French and Dutch train operators that transported Jews to concentration camps, Swiss banks that withheld Jewish accounts, and various German corporations, including Bayer and Volkswagen, that benefited from forced labour during the second world war.

Yet these successful cases occurred when survivors were still alive or there was sufficient evidence to find a responsible actor to make reparations. Time makes legal claims go stale. All the victims of the transatlantic slave trade are now long dead, so it is difficult to legally speak of a direct victim who would have standing to bring a claim. Unless new evidence emerges clearly implicating a corporation for it historically profiting from slavery, it is unlikely there will be a basis for a legal case to proceed.

There have been more general reparation claims under domestic law for colonialism, such as the Mau Mau settlement from the British government in 2013, and this year a case which resulted in compensation being awarded in Holland for the killing of Indonesian civilians under Dutch colonial rule.

But these claims were against states, which are more permanent entities than corporations and have different international legal obligations. The 2011 UN Guiding Principles on Business and Human Rights speak of corporations “respecting” human rights by avoiding infringing them and to “address adverse human rights impacts”. States, on the other hand, have clear obligations to offer reparations in such situations.

Yet if the legal claim against corporations is quite weak, many may still be seen as morally or politically obliged to consider making amends.

Reparations can be framed in other ways if legal avenues are closed. The Caribbean Community (CARICOM) has for years been calling for collective and moral reparations from the European former colonial powers for the continuing harm felt by its 15 member states from the transatlantic slave trade, colonialism and indigenous genocide.

The group’s ten-point plan focuses on collective measures in the form of an apology, repatriations to Africa, educational and research opportunities to rebuild cultural institutions, psychological rehabilitation, and debt cancellation. However, no European power has made any efforts to meet the demands – including the UK, which refuses to apologise.

At the same time, the “reparations” announced by Lloyd’s and Greene King do not perfectly correspond to victim-centred reparations as understood under international human rights law. There is a risk that just paying money and apologising for past wrongdoing can absolve oneself from the past. Such payments risk being seen as a self-serving public-relations exercise rather than a genuine attempt to atone and prevent the wrongs from happening again.

Instead, a key legal requirement of international reparations is to ensure that the victims participate, so that compensation can be as effective as possible and not simply charity. This is also to avoid replicating power dynamics of benefactor and beneficiary, so that the victims are treated as rights-holders with agency.

How far can such claims making over the past go? Perhaps in dealing with slavery and its pervading effects today we need to revisit the 2001 Durban conference findings. This would involve having a broader conversation about the continuing consequences of historical injustice, and how we can identify and remedy the continuing effects.

Reparations cannot provide a complete solution. No amount of money, memorial or apology can fully remedy the past. Nonetheless, they are a way of acknowledging wrongdoing and victimhood, while seeking justice and social transformation so that such violations do not recur.