Sky Fighters: China's Version of 'Top Gun' Takes You to the Danger Zone 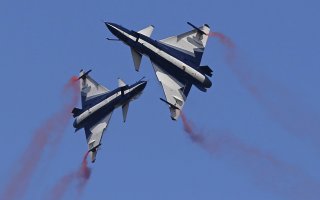 Here's What You Need to Know: Despite the occasional glimpses into real-life Chinese air force operations, this reviewer found the film boring.