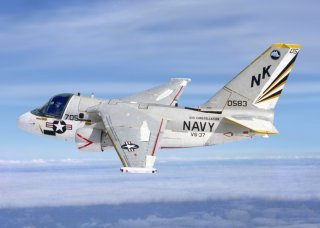 Here's What You Need to Know: The Viking provided valuable service to the U.S. Navy by virtue of its very long range and adaptability to a wide variety of roles. It could likely have gone on doing so for many more years if newer, more expensive and more limited alternatives had not displaced it.

The plane’s twin TF-34-400 turbofans—an engine related to that on the A-10 attack plane—were infamous for their peculiar vacuum-cleaner-like whine, leading to the plane’s nickname of "Hoover."