Like Smith & Wesson Handguns? These 5 Guns Made Them Famous 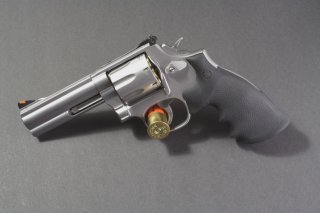 Here's What You Need to Remember: The company makes both full-size Government and smaller Commander handguns, the latter with a barrel three quarters of an inch shorter than the five-inch Government barrel and a slightly shorter slide. Commanders also feature bobtailed mainspring housings and aggressive checkering to help the shooter stay on target. The 1911 E-Series is generally true enough to form to satisfy 1911 purists.