Some Sixth-Generation Stealth Fighters May Never Get Off the Ground 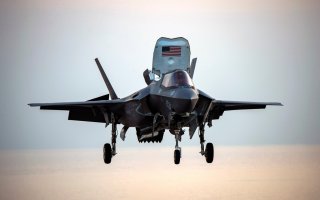 “It is difficult to predict the future right now but some sort of evolution from the 5th gen is inevitable. It could turn out that we will end with a 5+ generation as we now have the 4+ aircraft before we jump straight into the sixth generation.”