Sorry China, Not Even Russia Thinks You Could Beat The U.S. Navy 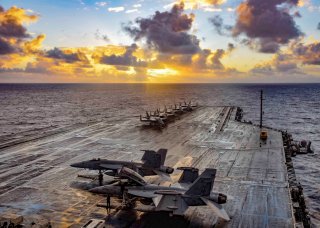 Here's What You Need To Remember: The smaller Chinese carriers, about half the size of their U.S. counterparts and carrying about half the aircraft, would depend on submarines, land-based H-6K patrol aircraft and satellite surveillance to locate the American carrier force. In contrast, the U.S. carriers would have their own onboard E-2 Hawkeye airborne radar aircraft and EA-18 electronic warfare planes, as well as AWACS land-based radar aircraft.