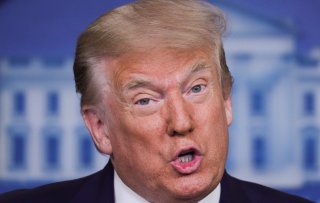 Gallup produces the longest‐​running poll on immigration going back to 1965. Since then, it has asked the same question:

Thinking now about immigrants — that is, people who come from other countries to live here in the United States, in your view, should immigration be kept at its present level, increased or decreased?

For the first time in the poll’s history, more Americans want to increase immigration than decrease it. The margin of error for Gallup’s poll is +/- 4 percent, so the “present level” and “increased” position are about the same for all intents and purposes. Meanwhile, the “decreased” position is outside of the margin of error and lower. This is a long run trend so it can’t be blamed as a reaction to the Trump Administration’s policy on immigration, but it is significant that so much official rhetoric on immigration has highlighted the supposed negatives over the last several years and that Americans have continued to become increasingly more supportive of boosting the number of immigrants.

Also important is that Gallup conducted this poll during the May 28‐​June 4 period, long after the arrival of COVID-19 and the virus‐​induced recession. Americans want the present halt on immigration to continue so long as they think it is necessary to stop the spread of COVID-19. But the virus has not convinced Americans to oppose immigration more broadly and, in fact, their support for increasing immigration has risen since June 2019. Furthermore, the high unemployment rates and recession haven’t convinced Americans to further reduce legal immigration.

Gallup asked another question in their survey:

On the whole, do you think immigration is a good thing or a bad thing for this country today?

Similarly, the percentage of Americans answering that immigration is a “good thing” has also increased over time and is at its highest point (Figure 2). It’s not surprising that when people think immigration is good for the United States today that they are also supportive of increasing it.

It’s heartening to see American public opinion move toward the opinion of economists who study immigration. Economists have known for a long time that immigrants benefit themselves and the United States by moving here. Although public opinion has a long way to go to agree with economists on this issue, they are more in agreement than ever before.

This article by Alex Nowrasteh first appeared in CATO on July 1, 2020.