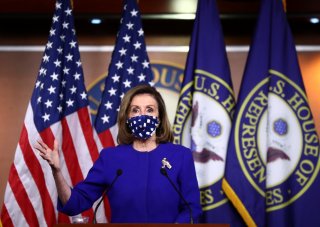 I recall several presidential elections ago, an elementary school teacher wrote a newspaper column about a mock election he held in his class.

Two students were nominated by their classmates, and then they campaigned for their votes.

Who won the election? One of the students presented an agenda and reasonably argued for the merits of that agenda. The other student promised ice cream for everyone who voted for her. She won.

It is an unusual politician who has the power and authority to give voters ice cream but won’t use that power to buy votes.

This is particularly true when voters themselves believe that ice cream is crucial for their health and welfare.

The majority of the American public have bought into the idea that government can solve their problems. When a crisis hits, like now, the first instinct of most is that government needs to step in.

So now, rather than talking about ice cream, let’s talk about a few trillion dollars in stimulus spending.

At $3.1 trillion, per the Congressional Budget Office, the deficit now stands at 15.2% of our gross domestic product, the largest percentage since 1945, when we were fighting a world war.

It puts the deficit equal to the size of the entire economy of California, the largest state economy in the country.

So, should the government now spend another few trillion on top of this?

The economic recovery from the initial COVID-19 lockdown shock has been remarkable. In six months’ time, more than half of the 20 million-plus jobs that were lost have been regained.

The unemployment rate, after peaking over 14%, has now dropped to 7.9%.

Is this strong recovery the result of government pumping several trillion dollars into the economy, adding those trillions to the debt burden shouldered by American taxpayers?

According to some economists, including Casey Mulligan of the University of Chicago, former chief economist of President Donald Trump’s Council of Economic Advisers, not only did the government trillions not help but they also arguably hindered the recovery.

The $600-per-week supplement to unemployment insurance, per Mulligan, resulted in most of the unemployed getting more income than they had in their previous job. It just provided an incentive to not go back to work.

The Paycheck Protection Program loans to small businesses were conditioned on those businesses keeping their standing workforce intact. But in a crisis, you want to change the way you’re doing business, the opposite of what the government demanded for businesses to qualify for the government money.

Economist Brian Wesbury of First Trust Advisors zeros in on what has been driving this strong recovery. “[T]he sharp rebound,” he writes, “is a testament to the underlying strength of the US economy before the shutdowns happened, combined with the seemingly unlimited ingenuity of American people.”

“[T]he U.S. entered this government-mandated recession with the highest incomes and lowest poverty rate we have ever recorded,” continues Wesbury.

Let’s recall that these great economic results were driven by the deregulation and tax cuts enacted early in the Trump administration.

So, it’s about less government, not more.

We don’t need taxpayers footing the bill for more trillions to pay for politicians to dish out ice cream for their constituents.

Passing mountains of debt on to our children and grandchildren while bogging down economic recovery with more government is not the way to go.