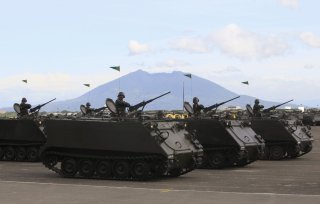 Here's What You Need To Remember: The DF-26 could be vulnerable to the latest American defenses. The U.S. Navy's SM-6 interceptor missile theoretically is capable of hitting a DF-26 in two phases of its flight -- shortly after launch, as the Chinese missile is climbing and gaining speed, and then again in the DF-26's terminal phase, as it arcs down toward its target.

David Axe serves as Defense Editor of the National Interest. He is the author of the graphic novels  War Fix, War Is Boring and Machete Squad. This first appeared two years ago.