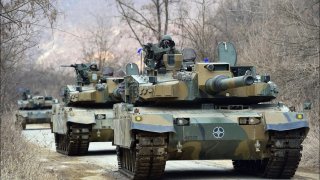 Here's What You Need to Remember: The tank weighs fifty-five tons and is meant to be powered by the domestically-produced Doosan 1,500 horsepower engine, outputting a top speed of seventy kilometers per hour.