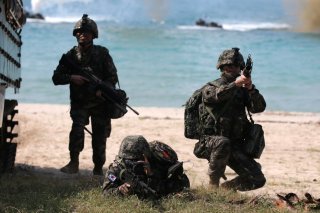 Here's What You Need To Remember: Under the mentorship of the U.S. Marine Corps, South Korea has maintained one of the largest marine forces in the world. As one USMC colonel put it during the Vietnam War, which saw a brigade’s worth of South Korean marines (and their U.S.-trained officers) sent to Southeast Asia, “We taught them everything we know, and now they know it better than us.”