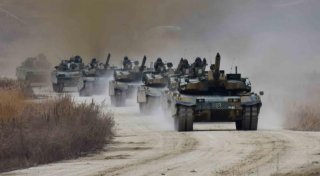 Here's What You Need to Know: Wherever in North Korea they land, the ROK Marines are in for a very tough fight.