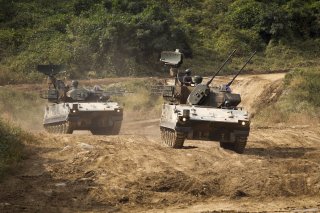 Here's What You Need To Remember: The new turret also appears to be designed to accommodate a variety of guns. Slides about the Biho II suggest that it could mount 30mm, 35mm, or 40mm guns depending on customer preference.