South Korea's Submarine Fleet Got Some Help from Germany 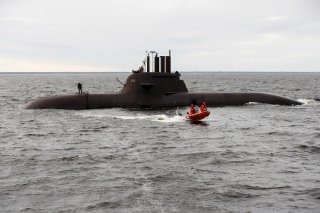 Here's What You Need to Remember: South Korea originally turned to Germany for help with its diesel-electric attack submarines, but has now started producing indigenous designs.

If all goes according to schedule, Seoul will be able to boast one of the most capable, if not the largest, submarine fleet in Asia. Watch out, Beijing and Pyongyang.