The Soviet Jet Bomber That Accidentally Started an Arms Race 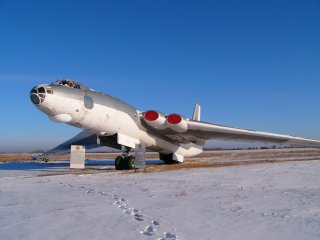 Here's What You Need To Remember: Believing that the Soviet Union was rapidly manufacturing a fast bomber with the range to hit the United States, the so-called “Bomber Gap” theory drove American defense spending for several years and resulted in a buildup of American air power, particularly long-range strategic bombers.