The Soviets Wanted to Shoot Nukes Out of Tanks 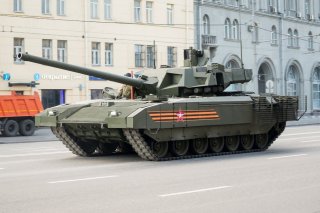 Here's What You Need to Remember: The Taran might not have killed the concept of a nuclear tank for the Soviets. One of the key features of the Object 195 tank prototype (considered by some to be the predecessor of the current T-14 Armata) was its ability to fire 152mm artillery rounds out of its main gun.