Speed Run: Why It Doesn’t Always Take Years to Get New Military Weapons 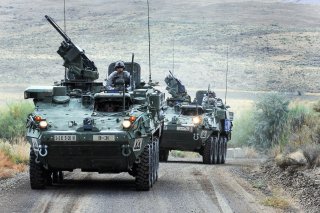 Here's What You Need to Remember: All of these things were done carefully and safely, yet at a massively expedited pace in response to urgent need requests from the warzone. Army acquisition has for years been strengthening integration between the operational community, the procurement community and the Science and Technology community within the Army to synergize and connect promising new systems with soldiers facing enemy fire in war.

Interestingly, this happened often yet this accomplishment is often overlooked given the longstanding chorus of criticism voiced about the Pentagon’s acquisition process. The Department of Defense’s acquisition process has been criticized for years as being overly bureaucratic, at times too slow and in need of reform. While most weapons developers completely agree with this assessment, there have also over the years been many success stories wherein urgently needed platforms and systems were fast-tracked to war in life-saving fashion, with great results.

All of this is taking on new relevance in light of new efforts to incorporate more artificial intelligence, digital engineering, electronic warfare and cyber resilience technologies more fully into the acquisition process.