Stalin's Beast of a Tank Saw 40 Years of Service 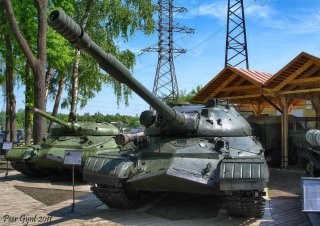 Here's What You Need to Know: The T-10M served for over 40 years before being decommissioned, making it one of the longest-lived tank designs in the world. Soviet doctrine, during the 40-year reign of the T-10M called for an extremely heavily armed breakthrough tank, and it was the tank for that job.

The T-10 is one of the longest-lasting tank designs in the world. Adopted in 1953, the tank served for over 40 years before finally being decommissioned in 1997.

That gun would go on to be a hallmark of the IS-series, arming the later IS-3, IS-4, and eventually, the IS-8, which would be adopted as the IS-10. Following Stalin’s death in 1953, the IS-10 was renamed T-10 as part of the destalinization process.