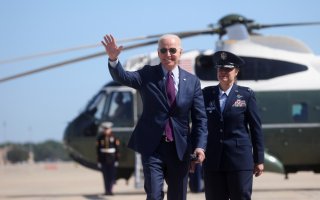 Here's What You Need to Remember: Be aware that the child tax credit payments could be extended well beyond this year to 2025—as Biden and dozens of Democratic lawmakers are pushing for this to become a reality through the highly ambitious $1.8 trillion American Families Plan.

In what already has been viewed by some Americans as essentially smaller but monthly coronavirus stimulus checks, the new child tax credit payments will begin hitting eligible parents’ bank accounts starting on July 15.

Thanks to President Joe Biden’s $1.9 trillion American Rescue Plan, the bill enabled the expansion of child tax credits that generally allowed families to claim a credit of up to $2,000 for children under the age of seventeen. But now, they are eligible to collect as much as $3,600 per year for a child under the age of six and up to $3,000 for children between ages six and seventeen. In addition, eighteen-year-olds and full-time college students who are twenty-four and under can give parents a one-time $500 payment.

However, keep in mind that the child tax credit payments work a bit differently than in previous years, as half of the total amount will hit bank accounts in monthly payments from July through December. The other half will arrive after filing a tax return next year.

For those who prefer to opt out of monthly payments and receive just one lump sum, this will eventually be possible when the Internal Revenue Service launches portals for the child tax credit funds by July 1.

“Eligible taxpayers who do not want to receive an advance payment of the 2021 Child Tax Credit will have the opportunity to decline to receive advance payments,” the IRS stated. “Taxpayers will also have the opportunity to update information about changes in their income, filing status, or the number of qualifying children. More details on how to take these steps will be announced soon.”

Also, be aware that the child tax credit payments could be extended well beyond this year to 2025—as Biden and dozens of Democratic lawmakers are pushing for this to become a reality through the highly ambitious $1.8 trillion American Families Plan.

In a recent press briefing, White House Press Secretary Jen Psaki touted the bill’s potential reach if it ever gets green-lighted.