The State of China-India Affairs: Border Tensions and BrahMos Missiles 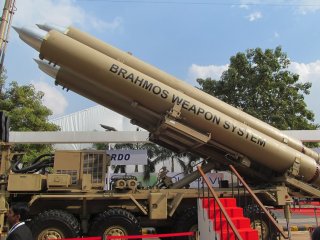 Here’s What You Need to Remember: Disputes over lightly populated Himalayan mountains shouldn’t constitute a truly substantive conflict of interest between the two countries—but they have been allowed to flourish into full blown military competition. It is obvious the two Asian powers are wary of each other. But both would be better served by reciprocated détente, allowing billions spent fortifying the border to be redirected to the economic needs of the two countries.