This State Is Preventing Debt Collectors From Taking Your Stimulus Payment 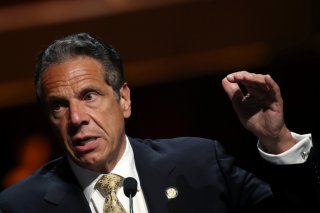 Here's What You Need to Remember: “All relief payments to New Yorkers under these federal acts, including stimulus payments, tax refunds, rebates, and tax credits to support individuals and children qualified for or received prior to the effective date, will be protected,” the governor’s office said in a statement.

Not long after Congress passed the American Rescue Plan in March, some noticed that the law did not have a provision that kept private debt collectors from garnishing the bill’s $1,400 stimulus checks. When the CARES Act passed in early 2020, such garnishments were forbidden.

The stimulus checks cannot be garnished by unpaid federal debts or back taxes, although private debt collectors can collect medical bills, credit card debts, and other debts, providing that is ordered by a court order.

“According to the text of the bill, payments will not be subject to reduction or offset for past-due federal or state debts, or by other assessed federal taxes that would otherwise be subject to collection,” CNET said earlier this month. “However, if you end up having any money missing from your third check and have to claim it on your tax return next year, that money could be subject to garnishment.”

However, one state has taken steps to prevent that.

“All relief payments to New Yorkers under these federal acts, including stimulus payments, tax refunds, rebates, and tax credits to support individuals and children qualified for or received prior to the effective date, will be protected,” the governor’s office said in a statement. “This legislation also creates a carve-out for claims brought by individuals who have an interest in the relief payments to ensure that these funds can be collected to pay child and spousal support and to collect payments in situations involving fraud.”

"New Yorkers in every corner of the State felt the effects of the COVID pandemic, many losing jobs due to no fault of their own and struggling to support themselves and their families," the governor said in a statement. "This critical legislation will help ensure relief payments made to New Yorkers are protected from unscrupulous debt collectors so that the money can be used as it was intended - to help make individuals and families whole as they continue to recover from the economic impacts of the pandemic."

Per a CNBC report last month, three Democratic senators, Sherrod Brown of Ohio, Ron Wyden of Oregon, Bob Menendez of New Jersey and Chris Van Hollen of Maryland, had pushed to prevent the garnishments at the federal level, although they weren’t able to pass the provision.

However, several other states have either blocked the garnishments or are trying to do so. Massachusetts’ Attorney General issued a guidance making the checks exempt from garnishment. Minnesota’s governor did the same thing, through an executive order.