States and Localities Are Spending Their Federal Money in Crazy Ways 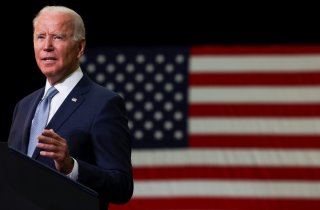 As part of this year’s American Rescue Plan, in addition to the $1,400 checks, enhanced unemployment and other benefits, American states and other local governments were granted $350 billion, money that the government began distributing this spring.

This week, the New York Times looked at how states are doing with that money. And like with most things in America today, opinions differ along partisan lines.

Of the $350 billion in that program, $194 billion has already been sent out, according to the New York Times. The money has few restrictions, although it cannot be put towards tax cuts- something that led to lawsuits from a couple of states earlier this year. Meanwhile, the Biden administration has broadened some rules about what is allowed to be done with the money, including putting it towards crime prevention and towards vaccine lotteries.

The city of Austin, Texas, put aside $100 million, 40 percent of the money it received, to help the homeless population in that city.

“The inclination is to spread money around like peanut butter, so that you help out a lot of people who need relief,” Austin’s Democratic Mayor Steve Adler told the New York Times. “But nobody really gets all that they need when you do that.”

In addition to things like that, many cities and states have used the money to improve infrastructure, solve problems related to broadband, and stabilize public finances.

“It’s not like all places are rushing out to do the most aspirational things, since the first thing they need to do is replace lost revenue,” Mark Muro, a senior fellow with the Brookings Institution, told the newspaper about what cities and states are doing with the money. “But there is much more flexibility in this program than in previous stimulus packages, so there is more potential for creativity.”

Philadelphia, meanwhile, is considering putting some money aside from its stimulus funds to test out a universal basic income initiative.

“Philadelphia has the highest poverty rate of the top 15 largest counties in the country,” the city’s controller, Rebecca Rhynhart, wrote in a list of recommendations this spring.

“ARP funding should be used to help low-income Philadelphians impacted by the pandemic access basic necessities like food and housing,” Rhynhart stated. “Of the $117 million, $18 million should be used for a basic income pilot program in the first year, which could be continued, if proven successful. Other anti-poverty investments include $40 million to fund housing repairs and $5 million to continue funding the City’s successful anti-eviction program for four years.

Some Republican states, however, have resisted the stimulus efforts. Wyoming Gov. Mark Gordon, characterized the American Rescue Plan money as “dollars borrowed by Congress from many generations yet to come,” as stated that the state will use only some of the $1 billion it received.