This Stealth Attack Aircraft Never Even Got Off the Ground 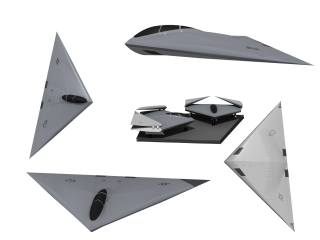 Here’s What You Need to Remember: Imagine what $5 billion could be spent on today—fixing America’s roads and other critical infrastructure, funding schools for the inner cities or simply paying down the national debt. Instead, that amount of money was used to fund the McDonnell Douglas/General Dynamics A-12 Avenger, a proposed attack aircraft that never even got off the ground.

Named the Avenger II in honor of the Grumman TBF/TBM torpedo bomber used during the World War II, the A-12 was to be an all-weather, carrier-based stealth bomber. It would incorporate more advanced stealth characteristics than were used in the F-117A, as well as a significantly greater payload capability.

If the total 1,258 aircraft had been built, then the Avenger II would have the United States military’s most plentiful aircraft after the Army’s fleet of UH-60 Black Hawk helicopters.

The program appeared to be going smoothly, but in fact, it was behind schedule and way over budget. One issue was that the aircraft was simply too heavy and its designers were unable to reconcile that issue. Officials at the Pentagon essentially buried their heads in the sand, refusing to believe the project wasn’t actually on track.

The use of composite materials was an issue, as was the maintainability. Eventually, the Department of Defense (DoD) declared that the contractors simply could not complete the program as planned and then-Secretary of Defense Dick Cheney canceled it outright on January 7, 1991.

When the contract was canceled by the program thirty years ago, it was the largest contract termination in DoD history—but by one estimation, the A-12 had become so expensive that it could have consumed up to 70 percent of the Navy’s aircraft budget within just three years.

Peter Suciu is a Michigan-based writer who has contributed to more than four dozen magazines, newspapers and websites. He regularly writes about military small arms, and is the author of several books on military. This article was first published in January.