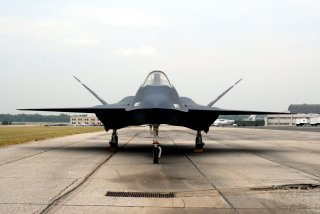 Here's What You Need To Remember: Had the YF-23 enjoyed a smoother development path (a huge “if”), the fighter might not have faced such a hostile environment as it entered service. But given that the YF-23 was generally perceived to be the more innovative (and therefore riskier) design, and that it had a slightly higher price tag, the chances that it could have sailed through without a hitch are correspondingly low.