Stealth Fleet: Could the Whole U.S. Navy Look Like This Warship? 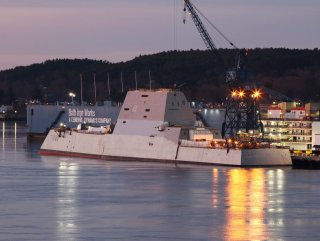 Key point: This kind of design could help America's ships avoid detection. But there are also drawbacks.