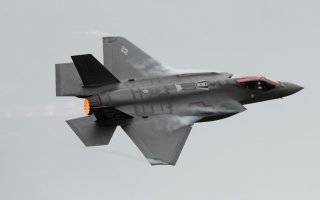 Key Point: In a close-quarters dogfight between an F-35 and Su-57 with no secondary assets or any other intervening variables, it is difficult to see how the Su-57 could lose.