Stimulus Check Bad News: Some Americans Have to Pay It Back 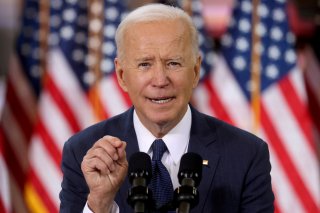 Here's What You Need to Remember: To return the stimulus payment, write “void” in the endorsement section if the payment came in the form of a check and send it to the IRS location for the corresponding state. The IRS also said to include a note with a reason for the return.

Millions of Americans have been helped by a third round of stimulus check payments.

But some recipients of the third stimulus check may have to return the hefty payment, according to the financial publication Kiplinger.

One of the groups that would have to send back the stimulus payment is nonresident aliens.

“Generally, a ‘nonresident alien’ is not a U.S. citizen, doesn't have a green card, and is not physically present in the U.S. for the required amount of time. On the other hand, a person who's a qualifying resident alien in 2021 is eligible for a third stimulus payment if he or she has a valid Social Security number and isn't claimed as a dependent someone else's tax return,” the publication wrote.

Anyone who died before January 1, 2021 is also not eligible for a third stimulus check.

In the case of a joint tax return, if a husband or wife died before 2021 and received a third direct payment, the check for the deceased spouse must be returned to the IRS.

But Kiplinger noted one exception to the rule: if the person who died is a married member of the military, the surviving spouse can still get the third stimulus payment.

Some recipients may also not want the stimulus payment, especially if they stood behind the Repujblican effort to make the checks more “targeted.” In this case. People could send the money back to the IRS.

To return the stimulus payment, write “void” in the endorsement section if the payment came in the form of a check and send it to the IRS location for the corresponding state. The IRS also said to include a note with a reason for the return.

But if the direct payment was by direct deposit or if the check has already been processed, the IRS says to submit a personal check or money order to the corresponding IRS location. On the check or order, make it payable to “U.S. Treasury” and write “2020EIP,” along with the taxpayer identification number of the recipient of the check and a letter explaining the reason for returning the payment.

Kiplinger also noted that recipients who don’t want the payment could donate the payment to a charity or to local businesses that may be suffering due to the economic impacts of the pandemic.