Stimulus Check Gone: How Debt Collectors Can Get Your Money 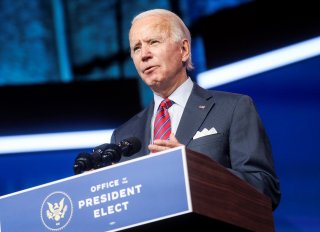 Key point: The stimulus checks have different restrictions to ensure Americans can recieve their money. That being said, here is what you should know about the fine print.

The $1,400 stimulus checks from the American Rescue Plan, which was signed by President Biden in early March, have been going out in recent weeks.

However, there is something different about the checks that come with this plan than the CARES Act in 2020- they can be garnished by private debt collectors.

According to CNBC, the checks from the American Rescue Plan cannot be garnished for unpaid federal debts or back taxes, but they can be for other debts, including medical bills, credit card debts, and other debts, providing that is ordered by a court order.

CNET broke down what can and can’t be garnished.

“According to the text of the bill, payments will not be subject to reduction or offset for past-due federal or state debts, or by other assessed federal taxes that would otherwise be subject to collection,” CNET said. “However, if you end up having any money missing from your third check and have to claim it on your tax return next year, that money could be subject to garnishment.”

Also, the stimulus payments cannot be taxed, although CNET pointed out there is one exception: “If you are filing for any missing stimulus money as a Recovery Rebate Credit on your tax return this year, the IRS can potentially garnish that money to pay for any back taxes you owe.”

There have been some efforts, both at the federal and state levels, to stop such garnishments. The American Bankers Association sent a letter to Congress this spring, asking them to take legislative action to stop the garnishments. The Consumer Financial Protection Bureau also vowed to help out in such cases.

“If payments are seized, many financial institutions have pledged to promptly restore the funds to the people who should receive them,” CFPB Acting Director Dave Uejio said in a statement, per CNBC.

For various reasons, some Americans never got their stimulus payments, and are advised to check with the IRS. However, enough did that retail sales surged in March.