Stimulus Check Update: Yes, Your Check Can Get Stolen Easily 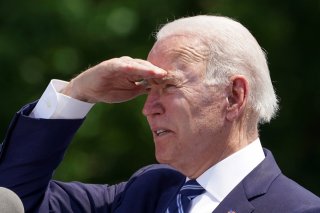 As the government wraps up its distribution of stimulus checks from the American Rescue Plan, there have been multiple reports of scams seeking to take away citizens’ checks, from that law and the other stimulus packages passed in 2020.

Last week, federal prosecutors announced that they had arrested one man, and accused four others, of participation in a scheme to steal more than $800,000 worth of stimulus checks.

The five men, all of whom are from Venezuela, are accused of “stealing hundreds of stimulus checks issued by the U.S. Treasury and then cashing them by using fraudulent identification documents, the Miami Herald reported, citing the Department of Justice announcement.

The man named in the indictment has pled not guilty; the others may be added later on, the newspaper said.

In a separate case in California, a California woman and her son are accused of a similar scam, which entailed filing more than 100 fraudulent stimulus checks totaling $145,200. According to Patch, the woman conspired with her son, a prison inmate who obtained the personal information.

The woman was charged with one count of conspiracy to commit wire fraud and one count of aggravated identity theft. That alleged crime took place early in 2020, indicating that it involved CARES Act stimulus checks.

Meanwhile, in early May, two people were charged in Ohio with stealing the stimulus check, Social Security checks, and the home of an elderly woman before placing in her a nursing home. According to Fox 8, the man and woman face charges of theft from a person in a protected class in the case.

Meanwhile, back in March, stimulus checks were found among a large cache of stolen mail that was discovered in Texas, News 4 San Antonio reported. In order to avoid that, per that report, residents are asked to check their mailboxes on a daily basis.

Those accused of stimulus check fraud could face fines of up to a million dollars as well as jail time.

“If you have tried to deposit a dead or fraudulent COVID-19 stimulus check you may be charged with a federal crime such as bank fraud, mail fraud, or wire fraud. All of these are serious crimes, with long sentences of imprisonment or large fines,” one law firm recently warned.

“In some cases, people have been defrauded of their stimulus check, and when they try to deposit what they think is their real money, they may find that they have been a victim of a scam. Even though they are the victim, they may nonetheless be charged with a crime. Regardless of why you have been charged with fraud, you need to contact an attorney as soon as possible.”