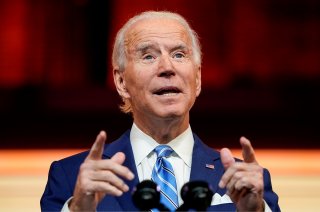 Here's What You Need to Remember: It appears that some lawmakers in Washington are already taking action. For example, Rep. Richard Neal, chairman of the House Ways and Means Committee, recently introduced a bill that aims to extend the child tax credit permanently.

Millions of financially wounded Americans with children have long known that the current third round of $1,400 coronavirus stimulus checks authorized under President Joe Biden’s American Rescue Plan was only a short-term answer.

But there is, however, some wonderful news for these hardworking parents, as nearly forty million families will start receiving monthly cash payments beginning July 15 via the expanded Child Tax Credits.

Keep in mind that this newest cash windfall is from Biden’s highly ambitious $1.9 trillion stimulus bill, which allows eligible parents to collect as much as $3,600 per year for a child under the age of 6 and up to $3,000 for children between ages 6 and 17. Broken down further, this means that a $250 or a $300 cash payment for each child will head into the wallets of eligible parents every month through the end of 2021.

However, what recent reports and studies are pointing out is that the government needs to be even more generous—and that could mean expanding the credits for the foreseeable future.

According to a new report from the Annie E. Casey Foundation, a permanent expansion of the child tax credit has the potential to lift more than four million children out of poverty. The latest data from the U.S. Census Bureau show that about thirty-four million people live in poverty in the United States.

“Every child needs food, health care and safe and stable housing. Millions of households with children already lacked these necessities before the pandemic, and this economic and public health catastrophe brought millions more face-to-face with challenges ranging from lost health insurance and bare pantries to the threat of homelessness due to eviction or foreclosure,” the advocacy group writes.

“Of particular note is the historic expansion of the federal child tax credit, which is expected to cut the child poverty rate by more than half. Unfortunately, the expansion is currently slated for only one year. To continue on progress already made on recovery, the Foundation recommends: making the expansion of the federal child tax credit permanent; strengthening state and local policies affecting kids and families; and prioritizing racial and ethnic equity in policymaking,” it continues.

It appears that some lawmakers in Washington are already taking action. For example, Rep. Richard Neal, chairman of the House Ways and Means Committee, recently introduced a bill that aims to extend the child tax credit permanently.

And White House Press Secretary Jen Psaki, during a recent press briefing, highlighted the potential benefits of the nearly $2 trillion American Families Plan, which would extend the credits till at least 2025.

“If passed, the families of tens of millions of children will continue to get regular payments,” she said.