Stimulus Checks: People Are Now Starting Fist Fights Over Them? 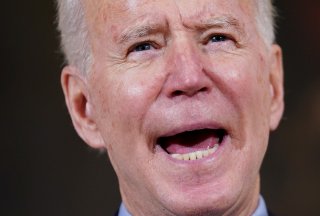 Here's What You Need to Remember: The theft of stimulus checks and the murder of a mail carrier all show how far some are willing to go over their frustration with these economic times.

An April attack on a Michigan postal worker reveals just how desperate some people are for financial relief from the ongoing effects of the coronavirus pandemic.

Cell phone footage from Flint, Michigan shows two women attacking a female U.S. Postal Service mail carrier, while a bystander can be heard remarking that the attackers were attempting to steal stimulus checks.

As it turns out, the attack appears instead to have been the result of a road rage incident.

Still, stimulus-fueled crimes have not failed to materialize. A Chicago man and his brother, a Postal Service employee, were arrested in January on charges of conspiracy to steal government funds, embezzlement, and receipt of stolen mail after they were accused of having stolen and then sold federal stimulus checks. Fraudulent attempts to cash or deposit stimulus checks, in general, have not been uncommon.

More seriously, violent crimes motivated by stimulus checks have also taken place. A mail carrier in Indiana was killed last year by a man on her regular route. The man was reportedly angry following a dispute that led to his mail being withheld, delaying the delivery of his stimulus payment. More recently, a man in Illinois was killed following a home invasion and attempted burglary by an individual looking to steal his $1,400 stimulus check.

Many Still Depend on Stimulus Checks

According to the Internal Revenue Service, the most recent distribution of a batch of third-round stimulus checks now means that approximately 163 million payments totaling roughly $384 billion have been sent to eligible Americans. These payments are helping to drive an economic recovery across the country, with both spending and personal income on the rise. Increased retail sales have in turn helped to reduce new jobless claims to their lowest level since the start of the pandemic.

Despite all this, for many Americans, stimulus checks remain a means to survive. Recent surveys suggest that two-thirds of Americans view stimulus payments as important for their short-term financial well-being. In addition, 45 percent of survey respondents indicated that they plan to put their stimulus money towards paying monthly bills, while 36 percent reported that stimulus money would be used for purchasing daily necessities such as food and household supplies.

The reality that many Americans still depend on stimulus payments, even as the economy begins to recover, helps to explain the desperation felt by many surrounding stimulus checks.

Recent studies have suggested that additional stimulus payments in the future, and perhaps even recurring direct payments, may be critical to helping many Americans survive the remainder of the pandemic. Democratic members of Congress have called on the Biden administration to include such recurring payments in its recovery efforts, while a petition circulated online calling for $2,000 payments for adult Americans and $1,000 for children has reached over 2 million signatures.