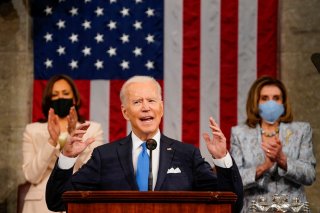 Even as the final batches of $1,400 coronavirus stimulus checks under the American Rescue Plan are heading to cash-strapped American households, President Joe Biden’s administration has confirmed that more financial help is on the way this summer.

According to the White House, nearly forty million American families will start receiving monthly direct cash payments on July 15 via the new child tax credits. These funds will continue to roll out throughout 2021, but Speaker Nancy Pelosi has hinted that House Democrats are seeking to make the expansion of this benefit permanent.

“We want to have it longer,” Pelosi said during a virtual event last week.

She added that it would cost about $650 billion to make the child tax credit expansion permanent—but did note that child poverty costs the United States between $800 billion and $1 trillion each year.

The child tax credit benefit is due to Biden’s $1.9 trillion legislation, which was able to expand child tax credits that generally allowed families to claim a credit of up to $2,000 for children under the age of seventeen.

Because of the ongoing pandemic, they have been extended to even more families—allowing them to be eligible to claim as much as $3,600 per year for a child under the age of six and up to $3,000 for children between six and seventeen.

In recent weeks, both Biden and Washington lawmakers have voiced their opinion that the child tax credit should last for much longer. Last month, in his nearly $2 trillion American Families Plan, Biden proposed extending the credit through the year 2025.

“With two parents, two kids, that’s $7,200 in the pockets you’re getting to help take care of your family,” Biden said in his address to Congress. “And that will help more than sixty-five million children and help cut child care poverty in half, and we can afford it.”

And in late March, nearly two dozen Democratic senators pressed Biden to include recurring direct stimulus checks in his “Build Back Better” legislation.

“A single direct payment will not last long for most families. … This crisis is far from over, and families deserve certainty that they can put food on the table and keep a roof over their heads,” the letter wrote.