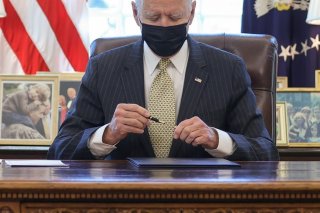 As the distribution of the third round of direct federal stimulus payments worth up to $1,400 rolls on, many Americans are still wondering about the possibility of a further round of payments. This question has become more salient as the campaign to distribute the payments appears to be nearing its end, and as the economic recovery brought about in large part as a result of that campaign has not been felt equally by all Americans.

Since the third round of federal stimulus payments was given life in March, the IRS has distributed close to 167 million payments to eligible Americans worth a total of roughly $391 billion. Across all three rounds of payments, the IRS has now distributed over $800 billion in the form of more than 472 million individual payments. These payments, along with other COVID-19 relief measures enacted by the federal government such as expanded unemployment benefits, have played a major role in helping the country to weather the economic storm brought about by the pandemic.

The third round of payments in particular, which included larger payments than the first two rounds and which coincided with greater rates of vaccination and the reopening of many businesses across the country, has helped to generate an economic revival.

Real gross domestic product (GDP), meanwhile, grew at an annual rate of 6.4 percent in the first quarter of 2021, up from an increase of 4.3 percent in the fourth quarter of 2020. The economy’s strong start to the year, driven in large part by spending increases brought about by the distribution of stimulus payments, has led some economists to predict that economic output could return to pre-pandemic levels sometime later this summer.

The economic recovery has yet to hit its full stride, however. Even as the workforce added 559,000 new jobs in May, the economy remains down 7.5 million jobs since the pandemic started. Some industries such as food service and construction have reported difficulties in finding applicants to fill open positions. Supply chain shortages for chips used in automobiles and price inflation for products such as lumber, steel, and some food items are still impacting both consumers and businesses.

Some Americans continue to report significant obstacles to economic recovery, including income levels that remain below their pre-pandemic figures as well as trouble meeting household expenses and even shortages of food.

Support for additional stimulus payments exists in Congress as well as among members of the public, such a measure would face significant resistance from Congressional Republicans and some moderate Democrats. The Biden administration has not closed the door on the possibility of further stimulus payments but has also yet to actively embrace such an idea.