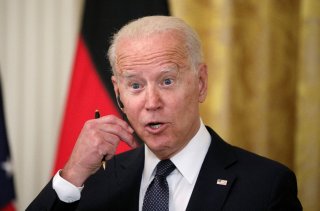 Here's What You Need to Remember: The more you fear inflation, the more you feed into its growth and negative effects. We’re Americans, we shouldn’t let an unapproachable and complicated concept within economics scare us.

As of late, many media outlets have been reporting abnormal levels of inflation, which is absolutely accurate information. Generally, the Federal Reserve aims to keep inflation around an annual target of two percent. From February 2020 to May 2021, the U.S. dollar has experienced 3.758 percent inflation. This represents an increase in the real cost of consumer goods and services in the United States that is pretty noticeably above the target level. Undoubtedly, many media correspondents have been saying that this is dangerous and that the Fed must proceed with caution, but have any of them explained where this inflation has come from or why Americans should care?

Recent inflation can be attributed to two main sources. The first reason is an increase in the cost of production across the board which is a result of the turbulent nature of the global pandemic. Secondly, the money supply has increased substantially since early 2020. This is primarily due to the need for stimulus packages, without which the United States economy would have presumably collapsed under the weight of the pandemic. The CARES Act was passed on March 27, 2020, and the American Rescue Plan was passed on March 11, 2021. The fact that two diametrically opposed administrations both passed relief packages should convey how dire of a situation we were in. It should be accepted that these stimulus packages were necessary albeit uncomfortable for the federal government to agree on. And yet, we face an issue that stems from the implementation of these stimulus packages. That issue being inflation. So, could this extra inflation have been prevented?

Despite claims to the contrary, a “labor shortage” or calls for better wages are not contributing to higher levels of inflation. Some media pundits and politicians claim the United States is experiencing cost-push inflation, which means it is experiencing higher prices due to higher costs of supply and production. Some may blame this inflation on lazy workers, but labor force participation has only dropped by 1.7 percentage points from February 2020 to June 2021. In reality, supply chains have been an absolute mess because of the pandemic. The United States has seen a massive increase in the cost of supply due to general disruption in the supply chain. For Americans, things are potentially beginning to stabilize thanks to vaccination efforts, but this is not the case for the rest of the world. Many countries lack the resources of the United States and have been unable to vaccinate substantial portions of their populations, and so shutdowns and all the other harsh realities of the pandemic continue around the globe. Because of this, the global supply chain and economy are effectively in disarray. We will not see a stabilization in producer prices until the whole world can say they are safe from COVID-19.

So what happened with the money supply? The answer lies in the velocity of money. In short, the velocity indicates how “fast” money moves through the economy, as in how often currency is used in purchases of goods or services. The velocity of money is an essential component in understanding monetary policy and inflation. For the first quarter of 2020, the velocity of actively circulating money was 5.247, and for the first quarter of 2021, the velocity was 1.198. The velocity is a ratio based on economic activity (think GDP as a numerator) divided by the supply of money (think M1 or M2 Money Stock as a denominator). The velocity of money in the United States has tanked since the start of 2020. Of course, this is primarily due to the pandemic, which has greatly hindered people’s ability to live their daily lives, referring of course to their ability and desire to buy things. When the money supply increases, inflation is not necessarily a problem unless there is not a comparable increase in economic activity. The abysmally low velocity of money indicates that the money pumped into the economy via stimulus packages was not properly utilized. The government has created all this money to get people through these hard times, but most of that money wasn’t actually spent. So where did it go?

Since the start of 2020, disposable personal income has overall not increased substantially but has seen several spikes which coincide with stimulus packages. On the other hand, GDP dipped tremendously then recovered gradually to pre-pandemic levels. So even though the federal government increased the money supply via stimulus packages, the country has not seen any sort of substantial increase in its usual indicators of economic activity. Add on inflation and these indicators have definitely stagnated. This is understandable due to the tumultuous nature of the pandemic in general, but this bodes poorly for the economy when we factor in the increase in the money supply. If these indicators were to rise substantially, the country would see an increase in the velocity of money which would then indicate a reduction or stabilization in levels of inflation. The Fed wants to stabilize inflation or else the money in Americans' pockets is worth less.

So how do we increase income? Well, obviously if you increase wages you directly increase income. Often you’ll hear it argued that increasing wages increases costs, but these arguments don’t consider the accompanying increase in demand (referred to as the income effect). Think of it like this: Businesses might have to pay more to produce each item, but they can sell a higher volume of items because there are more buyers with more income, which results in increased or unchanged profits for businesses. The profit margin on individual units may decrease, but overall profit is unchanged or potentially increases. The real difference is more money is spent (velocity increases) and more people have better access to goods and services.

Why haven’t we seen a substantial increase in GDP? The largest component of GDP is consumption, which represents final transactions of goods and services in an economy. From February 2020 to May 2021, consumption rose by approximately $781.9 billion. The CARES Act provided individuals with cash payments totaling $300 billion, and the American Rescue Plan provided individuals with cash payments totaling $424 billion. Together, this means Americans have received $724 billion worth of cash stimulus since the start of 2020. Meanwhile, during this same period, the M2 Money Supply has risen by $4,921.6 billion, representing over a thirty percent increase. The CARES Act of 2021’s total cost was approximately $2.2 trillion, and the American Rescue Plan of 2021 total cost was approximately $1.9 trillion, which added together comes out to $4.1 trillion. Tracking consumption shows that the actual spending of stimulus money is far below the amount of money created for the stimulus packages, and this is where we have a big issue.

While it was important to ensure businesses would not collapse under the weight of supply and demand shocks brought about by the pandemic, it is also important to recognize that the massive increase to the money supply to fund stimulus packages did not result in equivalent increases to economic activity. Economists see an increase in consumption coinciding with cash payments, but they have yet to see any other substantial increase in macroeconomic activity resulting from stimulus packages. The rest of 2021 will show whether or not we will recover from higher than target levels of inflation. As it stands, though, the misallocation of funds within stimulus packages may have caused an irreversible increase in the level of inflation.

To summarize, America isn't out of the woods yet. There will be continued disruptions in the global economy due to the Covid-19 pandemic which will probably only cease once a majority of the global population is vaccinated. This is just an unfortunate reality we all must accept. Did the stimulus packages save us or screw us? We won’t really know for sure until some more time has passed, and we can feel a little more of a return to normalcy. In the meantime, don’t be afraid to spend your money and don’t disparage others for wanting better wages. The more you fear inflation, the more you feed into its growth and negative effects. We’re Americans, we shouldn’t let an unapproachable and complicated concept within economics scare us.

Brendan Lesko has a Bachelor of Science in Applied Economics from the University of Rhode Island and has previously worked as an analyst for the Rhode Island State Government Policy Office. This article first appeared earlier this month.