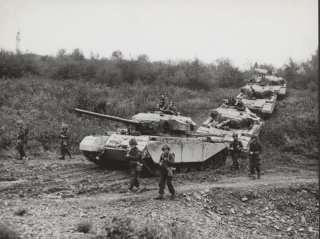 Here's What You Need To Remember: The “Werewolves” were supposed to strike terror in the hearts of Germany’s enemies. Indeed, the Allies feared a Nazi guerrilla war. Instead, the Werewolves merely proved that after six years of war, the German people were tired, hungry and bombed out.