Straight Out of Retirement: The F-117 Nighthawk Isn’t Done Yet 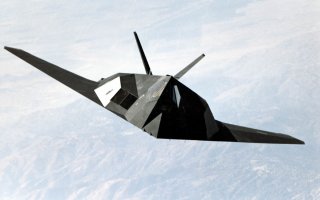 Here's What You Need to Know: Despite the Congressionally-approved destruction mandate, it appears as though relatively few F-117s are resting in boneyards, indicating they are still of some use

This article first appeared in June 2020 and is being republished due to reader interest.