This Strange Looking ‘Tankette’ Fought the Japanese in Alaska 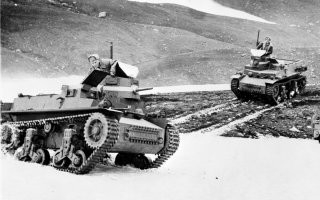 Here's What You Need to Know: The CTLS served during the Aleutian Islands campaign, one of the only times when the United States was invaded by a foreign force.