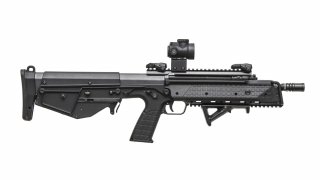 Here's What You Need to Know: These are not the finest weapons, but some people have strong opinions.

The immense demand for Kel-Tec products may be to blame for some of these issues as well, as firearms may be rushed out the door once they are considered to be safe and proofed without further testing being done for reliable feeding or cycling. However, their QC department is considered to be among one of the best in the business, to presumably placate those complaints and retain customers.