The Struggle of (Russian) Soldiers Readjusting to Civilian Life 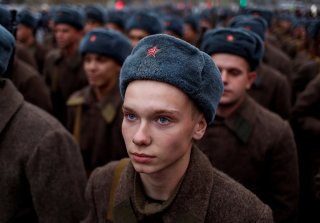 Here's What You Need To Remember: How well Russian officers reintegrate into civilian life depends on numerous factors, including the amount of support offered by the government.

Isolated, unemployed, and unable to adjust.