Study the Pic: This Jet Set Russia's Best Stealth Fighter Up For Success 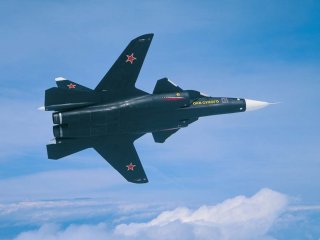 Here's What You Need To Remember: Conceived in 1983 as a sweeping modernization program for Russia’s prolific Su-27 air superiority fighter, the “Su-37”—as it was known before being renamed in the following decade—was an exercise in ambitious aircraft design.

Conceived in 1983 as a sweeping modernization program for Russia’s prolific Su-27 air superiority fighter, the “Su-37”—as it was known before being renamed in the following decade—was an exercise in ambitious aircraft design.