Study This Picture: These Bullets Can Fire Underwater 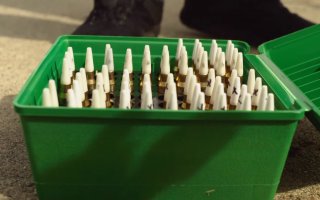 Here's What You Need to Know: As of yet, any adoption of MEA by any military is unknown.