Submarines are Dependent on the Nuclear Industry 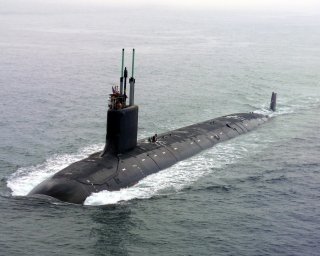 It is correct, as former prime minister Malcolm Turnbull has asserted, that few of the questions raised by the government’s announcement that Australia will acquire nuclear-propelled submarines (SSNs) have been answered.

The particular question Mr. Turnbull raised goes to the nature of the nuclear industry needed to support the submarines but there are others that are just as essential to the success of the enterprise.

You can’t have an effective military capability if you need to return it to the US any time there is a defect.

We may not need civil nuclear power plants, or facilities that can enrich uranium to fuel the submarine’s reactor, but we’ll still need to perform maintenance and repair on the submarines, including the reactor. You can’t have an effective military capability if you need to return it to the US any time there is a defect. Deeper maintenance will require putting the boats in dry dock, shutting down the reactor, working on it, and starting it up again in an absolutely safe manner. We’ll need to develop that maintenance workforce from a very low base.

We’ll also need an independent and highly skilled workforce that can establish and enforce the rigorous safety regime that is absolutely critical to the operation of a nuclear fleet. That regulatory workforce will need to be built almost from scratch.

It may be possible to develop that workforce without a civil nuclear sector but it’s misleading to say we won’t have a nuclear industry. Any enterprise where you are operating, shutting down, restarting, and maintaining reactors – all in a robust and trustworthy regulatory and safety environment – is an industry. And much of that industry needs to be under Australian control, otherwise we won’t have sovereign control of our most significant military capability.

What is the scale of that workforce and how do we develop it? Hopefully in the year of discussions leading up to the government’s announcement the Department of Defence was able to develop a reasonable understanding of the answer to the question.

But there are other unanswered questions that are just as critical to the success of the enterprise.

First, with the first SSN not entering service until the late 2030s, how will we maintain an effective submarine capability? On that schedule, our Collins submarines will be older than the Indonesian submarine KRI Nanggala that was lost with all hands in a training accident earlier this year.

Fifty percent more than the $90 billion for the Attack class could be a safe starting assumption.

Second, what’s it going to cost? The government has said it will cost more than the canceled Attack class. A lot will depend on which boat we select and the size of the enabling industry and workforce. Fifty percent more than the $90 billion for the Attack class could be a safe starting assumption.

Fourth, how are we going to generate the much larger uniformed workforce needed to operate the new fleet? The US Navy’s Virginia class SSNs have a crew of about 130, compared with the Collins’ 56. We’ll likely need to grow at least twice as many while simultaneously imparting nuclear engineering skills.

That gets to the final question. During the Attack program, many observers called for a Plan B due to its cost, schedule, and capability. The government has now jumped from the previous Plan A to something completely different. But, in light of these unanswered questions, there are already calls for another Plan B in case the new plan doesn’t deliver.

Every time the Australian Strategic Policy Institute has looked at the path to acquiring nuclear boats we’ve concluded that Australia still needs a new conventional submarine to ensure we can safely transition to a nuclear fleet. Yet the government has canceled the Attack program and burned its bridges behind it. So, the final question is, what gives the government such confidence that this plan is going to work?

Marcus Hellyer is a Senior Analyst focusing on Defence economics and military capability.