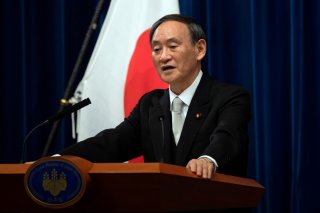 Shinzo Abe resigned as Japan’s prime minister on 28 August 2020 for health reasons. Two weeks later, the Liberal Democratic Party (LDP) elected Yoshihide Suga its new leader. On 16 September Suga became prime minister in a vote in the Japanese Diet where the LDP enjoys a majority. The party has controlled the Japanese government for all but four of the past 65 years. It is the most successful political party the democratic world has ever seen, by both sheer number of years in office and election victories.

Historically, LDP politicians have had two main considerations when selecting their leaders. First, whether the candidate has popular support and a profile that can help the party win the next election. Second, what the candidate will do for them and their supporters.

From 1955 until 1993, LDP politicians mostly considered the latter. During this time, Japan had an unusual multi-member district electoral system that meant individual LDP politicians gained fewer advantages from having a popular leader than their counterparts in other industrialised democracies. It also meant posts in the Cabinet, parliament and party were divvied up among the different LDP factions in rough proportion to their strength. LDP politicians even converted the prime ministership into a post many could have a turn at by requiring that the sitting prime minister recontest his seat every two or three years.

In 1993, disagreement within the party culminated in the LDP losing control of government for the first time in its history. The non-LDP coalition government introduced a new electoral system. This was supposed to end LDP dominance by giving opposition parties the incentive to unite into a single party and move toward a moderate ideological platform that would be appealing to the median voter.

After their return to government in 1994, LDP politicians discovered that having a popular leader mattered more under the new electoral system. A popular leader could give them an edge over the opposition party that emerged in 1998, the Democratic Party of Japan (DPJ). They kept the requirement that leaders recontest their seats every few years and used those elections as opportunities to showcase to the Japanese public how seriously their candidates were considering the issues of the day.

In 2012, the DPJ fell apart after governing Japan since 2009. More than a quarter of its members fled in anticipation of the upcoming election, many to newly-created opposition parties. The December 2012 election handed a landslide victory to the LDP in large part because the opposition was so divided.

The DPJ’s disintegration had an immediate effect on how LDP politicians selected their leader. In the September 2012 leadership election, LDP politicians ignored the fact that rank-and-file LDP members — who play a key role as vote mobilisers in elections — favoured Shigeru Ishiba. Instead, they threw their support behind Shinzo Abe who only had half the number of rank-and-file votes Ishiba had.

Under Abe’s almost eight-year reign, the LDP did extraordinarily well. It won all six national elections and walked away with more than 60 per cent of seats in the three Lower House elections held in 2012, 2014 and 2017. Yet these victories were helped by deep divisions in the opposition camp. Multiple attempts at realignment failed. Today, no opposition party has a support rate that is anywhere near the LDP’s, with most languishing in the single digits.

With virtually no chance of being unseated in the next election, LDP politicians have reverted back to pre-1993 means of choosing their leader.

After Abe announced his resignation, polls revealed public support for Ishiba, but several LDP faction heads declared their support for Suga. As recently as June, only 3 per cent of the Japanese public indicated Suga as their preferred choice. After LDP Secretary General Toshihiro Nikai invoked the right to hold a party leadership election without the LDP’s rank-and-file, disenfranchising those more likely to support Ishiba, other LDP politicians jumped on the bandwagon. This makes sense when one considers the spoils Prime Minister Suga has to dole out. Once a front-runner emerges, those who don’t declare their support risk receiving nothing.

Policy under Suga is likely to look similar to Abe, partly because the constituency that helped install Abe also planted Suga. Being appointed to ministerial posts based on party connections is not usually a recipe for bold new ideas to grapple with the grave challenges facing Japan today.

Suga still has one ace up his sleeve: as Prime Minister he can call a snap election. By calling an election and winning a large majority, Suga can create an alternative constituency for himself — Japanese voters. He can tell his backers that because his supporters voted for the policy platform he ran on, he is duty-bound to fulfil his promises to them and implement this. If he has ambitions beyond doing the bidding of his backers, he could choose this route.

Amy Catalinac is Assistant Professor in the Department of Politics at New York University.