The Supreme Court Might Make It Much, Much Easier to Sue Bad Cops 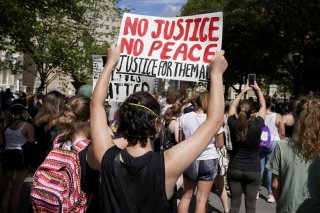 The Supreme Court is weighing petitions to reexamine legal immunity that protects officers from being sued in instances of brutal arrests, use of excessive force and the shooting of innocent people in their homes.

The call for reassessment comes during nationwide protests of police brutality, the most recent instance being the death of George Floyd. Floyd died on May 25 after a Minneapolis police officer knelt on his neck for several minutes, video of the incident shows.

Over the past 50 years, SCOTUS has developed a doctrine that makes government officials, including police officers, immune from being sued in court when they violate people’s rights. I am proud to support this bill by @justinamash & @RepPressley to end qualified immunity. https://t.co/5eI2tkQDHw

Supreme Court decisions over the past ten years have made it relatively impractical for victims to sue police officers for cruel treatment or wrongful death, both Democrats and Republicans have chastised the judgement, the Los Angeles Times reported.

The court doctrine created “qualified immunity” for police officers facing civil lawsuits, which has led to officers rarely held accountable for abusing authority or being charged for crimes, the LA Times reported.

The “qualified immunity” doctrine has led to no compensation for victims of crimes committed by police, the LA Times reported. Appeals have been filed by many victims imploring the justices to allow their claims to go before a jury, and the courts are considering their cases.