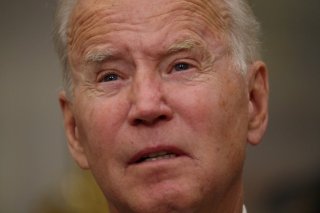 Here's What You Need to Remember: In terms of investments, people do have, about a third have individual stocks, a quarter owns mutual funds, twelve percent own bonds, and ten percent own ETFs, in addition to the eleven percent who own cryptocurrency. A full quarter of those surveyed began investing in 2020 or later.

According to a recent CNBC survey, nearly a third of investors invested at least some of their stimulus funds, and that was the case for nearly half of young investors.

About eleven percent of people surveyed currently invest in cryptocurrency, with more men than women investing in that particular vehicle. Almost half of those investors began doing so in the last year.

The survey also looked at who has what types of financial accounts.

In addition, older Americans are more likely to have a traditional checking account than younger ones.

About seventy percent of the public, per the survey, has some type of debt. Over a third of Americans, thirty-five percent, do not own “real estate, individual stocks, mutual funds, bonds, cryptocurrency, nor exchange-traded funds.”

In terms of investments, people do have, about a third have individual stocks, a quarter owns mutual funds, twelve percent own bonds, and ten percent own ETFs, in addition to the eleven percent who own cryptocurrency. A full quarter of those surveyed began investing in 2020 or later. Around ten percent of young investors, the survey said, learned about investing from social media, which was described as “the most popular way that young investors research investment ideas.”

“The COVID-19 pandemic continues to color the general public’s perception of financial recovery. Almost a quarter (twenty-three percent) of people agree that COVID-19 is the biggest risk to their personal finances over the next twelve months,” the survey said. “Investors differ from the general public, and believe inflation will most impact their personal finances in the next twelve months (twenty percent). Despite this, about half (fifty-four percent) of investors say that the pandemic has not changed their investment strategy. Of investors that say the pandemic has changed their strategy, eighteen percent say they are now investing in different sectors, and sixteen percent are investing less aggressively than before.”